Hello!  Welcome to my Journal!
My name is Megan, but feel free to call me Chiiru.  That is pronounced "Chee Roo".

So, about me, right?
I love video games.  I play on the PS4 and Nintendo 3DS.

I am a fan of My Little Pony: Friendship is Magic. 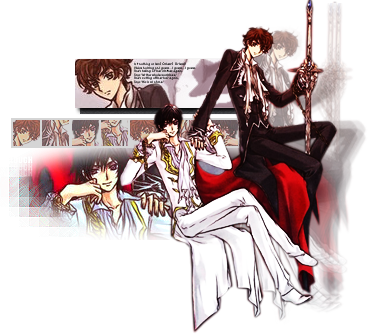 I told Hunter he should keep track of his receipts.  Come to find out that he rarely checks his bank app on the phone anymore. That coud do it.  I check mine every time I spend.

I had stayed up a day and a half straight then got 5 hours sleep.  -w-;

Not having my antipsychotic in the AM took a toll on me.  I need to take my PM pills with my new med.... but did Dr. Jeffery forget that I even have AM antispychotics? :( Did he want to lower them? Is Ambilify stronger than Loxapine so I need less Loxapine?  Darn it.  Depending on what happens, I'll call Dr. Jeffery.  I woke up crying and sniveling.

I got a message from the ebay seller saying my measurements were too big.  I knew it. :(

So... my seifuku order was canceled. :(  Looks like they can't make it in my size. ;A;  I'm so fat I can't even cosplay. T_T No Halloween costume for me.  I was hoping this wouldn't happen.  After all.... it said ANY SIZE. #heartbreak

I... do not have an antipsychotic for the AM. Either Dr. Jeffery moved them all to PM... or there is some other issue.  I hope when Hunter gets my pills when he gets off of work it will say on the bottle to take AM and PM.  I'm a bit worried....

Arg!  The cosplay though.  They didn't give a reason for a refund. but I know why...

I ordered a generic school uniform for Halloween.  None of mine fit right now. :(  It was $22.99 and hopefully it's tailored correctly.  Once I got a mess of one which the top was too short.  I got Hunter's mom to sew the top to the bottom... but then the whole thing was tight at the waist.  It was a disaster.

When my thyroid gets up to where the doc wants it I will hopefully shrink back to my previous sailor fuku size.  =w=;  I really wanna dress up for Halloween.  And IF I can go to the convention in November, wear it too.  With leggings. :3 Can't freeze.  I think we're actually going to have a cold winter.

See, the doc checked my thyroid and wants to watch it a little longer, but she thinks she will likely go up on my meds a little more.  When I went in about the UTI it hadn't been long since the change.

Hunter needs to make an appointment for the doc too.  She said she wants to go up on his testosterone shots but he never made a follow up appointment for the bloodwork.  >.>;  I need to get on him.  He thinks he's fine and dandy, but I kinda... think not being sexually active sucks.  I'm not addicted to sex or anything, but I want to make love with him once in a blue moon. Not never. >.<;

Oh yeah, the generic uniform actually belongs to Mako from Kill la kill but it's so basic... it's generic as far as I'm concerned.  I need to watch Kill la Kill.  Maybe after I finish Rainbow: Nisha Rokubou no Shichinin.

Rainbow was simulcast under Funimation... sadly they took it off stream due to low streaming numbers.  But it's so good.

So... Doctor Jeffery is putting me on Ambilify instead of Loxapine.  He agreed it may be causing the urinary retention.  I start the Ambilify tomorrow as I go off Loxapine and on Ambilify slowly.

Fall has come almost and everything is going to be pumpkin spice.  If McDonald's gets a reasonably priced pumpkin spice drink I'll give it a whirl.  What I really want is pumpkin pie and whipped cream.  I may get some at Walmart and splurge... once.  Pies are kinda bad for you and expensive, but I want to get into the fall weather.

I got urinary retention from a pill I'm on.  It's causing me to constantly feel like I got to pee.  Problem.  Doc says it's probably my Loxapine.  Another problem.... Dr. Jeffery went through a lot of trouble getting me off of Geodon and on Loxapine.  I got an appointment with him soon.  I also need to ask him about something for sleep.  :/
Collapse